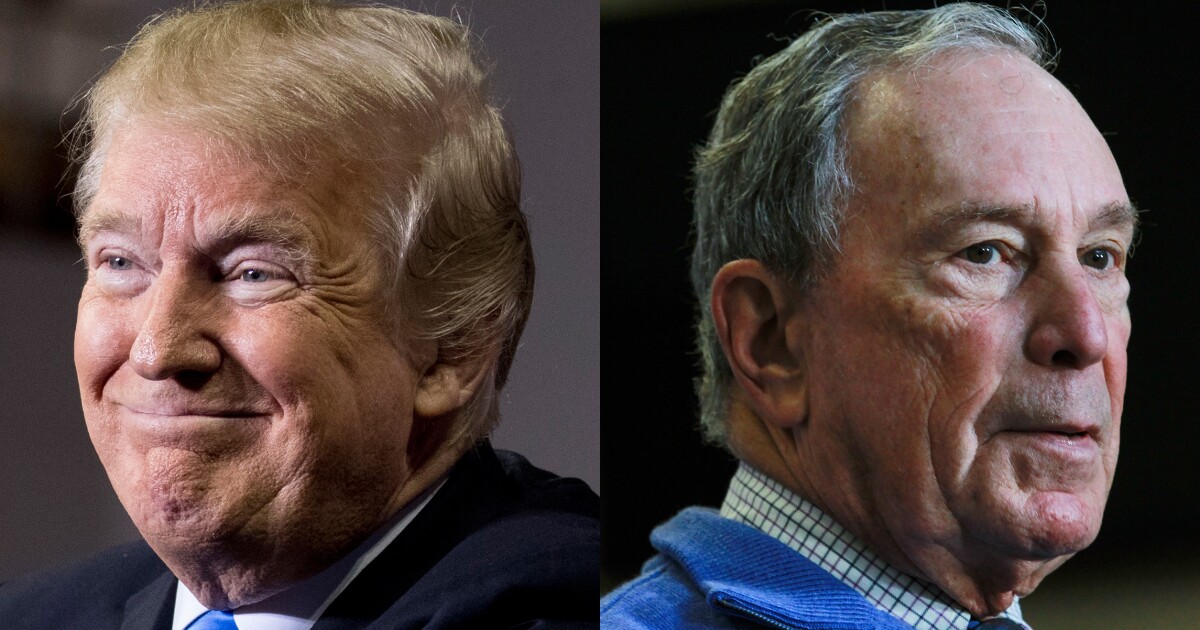 President Trump tore into Michael Bloomberg for “buying his way” into the race and said he would rather run against Bernie Sanders.

Trump offered the Vermont senator a backhanded compliment in pointing out the loyalty of his followers compared to Bloomberg, whom he accused of being false for spending millions of his own money in an effort to secure the Democratic nomination.

“Frankly, I’d rather run against Bloomberg than Bernie Sanders, because Sanders has real followers, whether you like them or not, whether you agree with him or not,” Trump said at a White House event on Tuesday. “I happen to think it’s terrible, what he says, but he has followers. Bloomberg is just buying his way in.”

Trump also criticized Bloomberg, the former mayor of New York City, for backtracking on his prior support for stop-and-frisk polices. The president called Bloomberg “disingenuous” for apologizing.

“I support anything we can do to get down crime and to get rid of drugs,” Trump said, “but, I think, when a man is with stop and frisk his whole life, and then he decides to go Democrat, and he goes to church, and he’s practically crying — he looked like hell.”

The comments come the same day that audio was released in which Bloomberg argued, “95% of murders — murderers and murder victims — fit one M.O. You can just take a description, Xerox it, and pass it out to all the cops. They are male minorities, 16 to 25.”

Bloomberg apologized for his defense of stop-and-frisk policies in November before he entered the race.