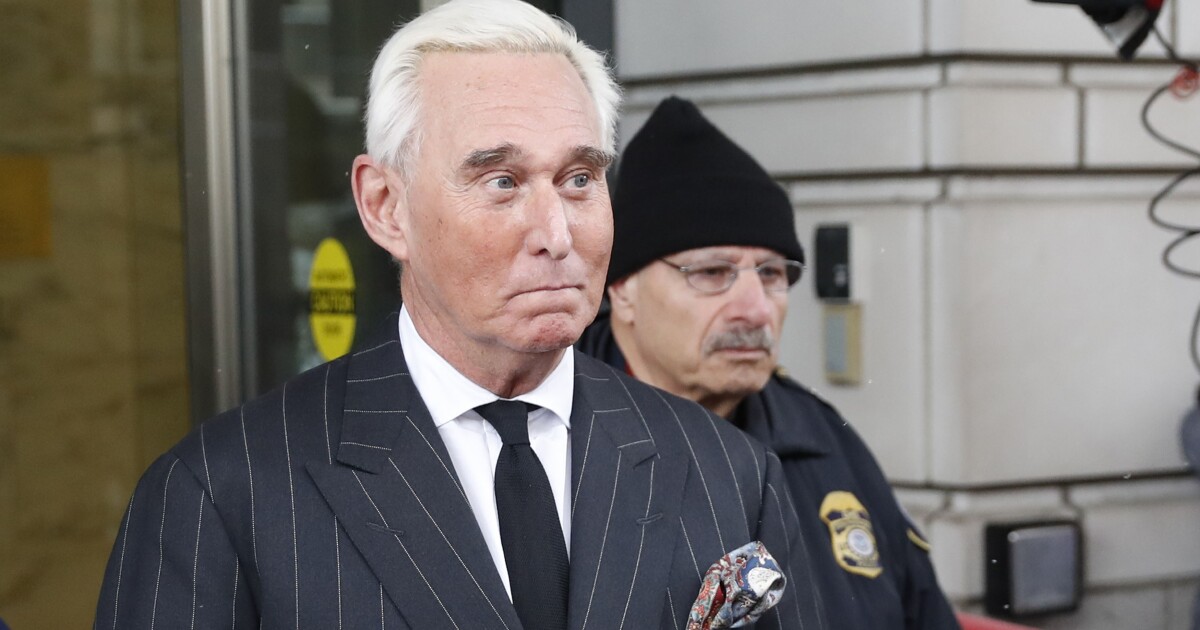 President Trump said he was not part of the decision by the Justice Department to lower its sentencing recommendation for Roger Stone.

Speaking at the White House on Tuesday, Trump bashed the initial recommendation that Stone receive a sentence of up to nine years in prison. The president also said he didn’t speak to the Justice Department about lowering the sentence, although he said he had the right to do so.

Stone, 67, was found guilty on seven charges last November based on his actions during and after the 2016 presidential election. He was indicted as part of a spinoff trial from former special counsel Robert Muller’s investigation into a possible conspiracy between the Trump campaign and Russia.

Prosecutors on Monday recommended seven to nine years for Stone, a former Trump accomplice, but then reversed course Tuesday and said that sentence was too harsh. Three of Mueller’s former prosecutors abruptly withdrew from the case on Tuesday after reports emerged of the reversal.

Aaron Zelinsky withdrew first by filing a motion Tuesday afternoon with the U.S. District Court for the District of Columbia. He was followed by Assistant U.S. Attorney Jonathan Kravis and Adam Jed, a special assistant U.S. attorney.

Trump also criticized the Mueller investigation and the prosecutors involved with it during his Tuesday comments.

“These are, I guess, the same Mueller people that put everybody through hell, and I think it’s a disgrace,” Trump said after speaking about the Stone case.