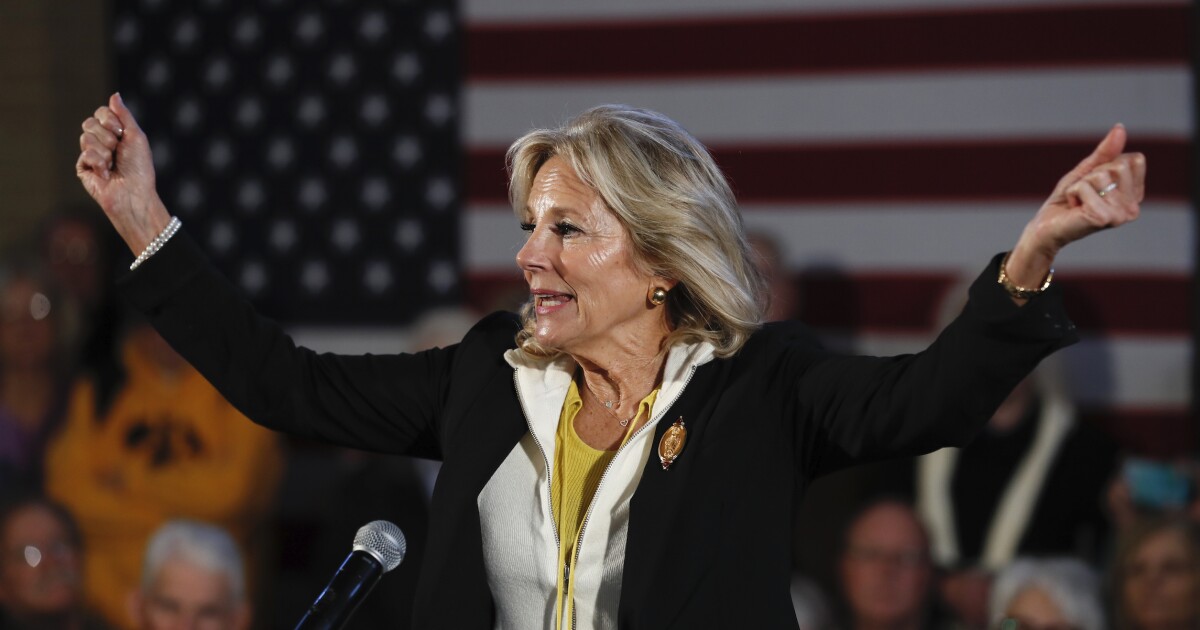 MANCHESTER, New Hampshire — Jill Biden came to the defense of her husband Joe Biden after a protester tried to disrupt the former vice president’s rally.

Joe Biden, 77, had just opened his remarks at a Monday rally on the eve of the New Hampshire Democratic primary in Manchester when the heckler began badgering him.

“I’ll tell you what,” the former vice president said before the protester, who was holding a cellphone and appeared to be recording the interaction, began to walk toward him.

However, Jill Biden, 68, swept in and crossed behind the podium where her husband was speaking. She intercepted the man and helped security and others at the event remove him from the crowd.

The crowd, galvanized against the demonstrator, chanted, “We want Joe!” in an effort to drown out the heckling.

When asked about the confrontation later, Jill Biden offered a pithy response.

While once considered the Democratic front-runner, Biden has seen a drop in polling, and he underperformed in last week’s Iowa caucuses. A recent poll from New Hampshire had Vermont Sen. Bernie Sanders leading the state with 27% support, followed by Pete Buttigieg with 19%. Both Biden and Massachusetts Sen. Elizabeth Warren registered 12% support, falling behind Minnesota Sen. Amy Klobuchar, who took in 14%.

A RealClearPolitics national average of polls has Biden leading Sanders by a razor-thin 0.2% margin.